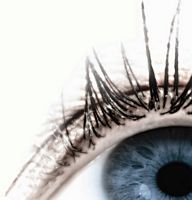 WHO panel warns that cell phone use may cause cancer!!!

DETOXIFY YOUR BONES HOLDING RADIATION WITH THIS SIMPLE BATH!

Calcium Bentonite Clay has a uniquely strong negative ionic charge. When activated with water it works like a strong magnet, adsorbing and absorbing anything with a positive ionic charge (i.e., toxins, pesticides, radiation). The clay captures se substances and removes m as clay is eliminated or washed off.

Perry A~ Arledge, author of Living Clay, Nature's Own Miracle Cure, recommends starting with liquid clay. This is Calcium Bentonite Clay mixed with water at a ratio of 1 part clay to 8 parts water. In a large non-metallic bowl, mix 1/4 cup of liquid clay with 1 quart of water. Toss your fruits or vegetables in this clay water making sure y're completely covered and let m sit for about 10 minutes. Rinse and dry m, and store m as you normally would.

Will any clay work?
No. When choosing a healing or detoxing clay, re are several criteria that should be followed. You want to choose an all natural, non-processed clay that is very pure and uncontaminated, with a pH of 8.5 or above. And you want to buy from a reputable company that provides quality control testing and professional packaging and has people available to answer any questions you might have. While Calcium Bentonite Clay will not interfere with vast majority of medications, if you're taking medication, check with your pharmacist to make certain it contains nothing that clay would adsorb.

TIME SENSITIVE!!!
$10.00 Off Coupon
To Use On Select
Assessment/Packages

Support the Body after Radioactive or Radiation Exposure

After the atomic bombing of Nagasaki and Hiroshima, a great many people died from radiation poisoning. Strange enough, many hospital patients at St. Francis’s Hospital in Nagasaki survived radiation sickness even though the hospital was only one mile from the blast site!

At the time of the atomic bombing of Japan, Tatsuichiro Akizuki, M.D. was Director of the Department of Internal Medicine at St. Francis's Hospital in Nagasaki and fed his staff and patients a strict diet of brown rice, miso and tamari soy soup, wakame, kombu and other seaweed, Hokkaido pumpkin, and sea salt and prohibited the consumption of sugar and sweets. Sugars and sweets were forbidden because they suppress the immune system!

Because of this diet -- which was rich in sea vegetables -- he saved everyone in his hospital while many other survivors perished from the radiation sickness. (Tatsuichiro Akuziki, M.D. Nagasaki 1945, London Quarter books, 1981).

Now let us turn to the nuclear disaster at Chernobyl, Belarus which produced radiation sickness in countless people.

When disaster struck with the 1986 reactor meltdown at Chernobyl in the Ukraine, approximately 134 plant workers and firefighters battling the fire at the Chernobyl plant were exposed to high radiation doses -- 80,000 to 1,600,000 mrem (800 to 16,000 mSv) -- and suffered from acute radiation sickness. Of these, 28 died within the first 3 months from their radiation injuries. Two more patients died during the first days as a result of combined injuries from the fire and radiation.

Not just the Ukraine, but the neighboring state of Belarus was also affected. It received 70% of the radioactive fallout and 23% of its territory became contaminated with radioactivity.

A British company, Earthrise UK, is reported to have sent shipments of spirulina tablets and spirulina powder (spirulina is a super green sea algae) to clinics in Belarus for the treatment of children suffering from radiation sickness after Chernobyl. Earthrise sent shipments to the Children of Chernobyl Committee in Minsk and Soviet physicians used the supplements in clinics in Minsk and Grodno, Belarus as well as in Kiev, Ukraine.

By taking 5 grams of spirulina a day for 45 days, the Institute of Radiation Medicine in Minsk found that the children showed enhanced immune systems and T-cell counts and reduced radioactivity.

The Institute also reported regeneration of bone marrow, spinal fluids, blood and the liver. Dangerously low white blood cell counts of about 1000, typical of leukemia, rose to an average of 3000 in 20 days, and the spirulina produced rapid improvements in the health of treated children compared to others who did not receive the algae.

In particular, spirulina reduced urine radioactivity levels by 50% in only 20 days time and so the Institute developed a special program to treat 100 children every 20 days with spirulina. Amazingly, health restoration was reported even when radiation sickness was so advanced that the children’s eyeballs were bulging out of their sockets. Furthermore, the healing occurred during the continuous presence of radiation as well as the presence of radiation contaminated food and water sources.

Based on the Institute of Radiation Medicine in Minsk results, the Belarus Ministry of Health concluded that spirulina accelerates the evacuation of radionuclides from the human body.

In particular, spirulina given to children with accumulated high doses of radionuclides reduced radioactive cesium. No side effects were registered. The Ministry of Health considered spirulina advisable for the treatment of people subject to radiation effects and requested more spirulina from overseas.

The reports on these spirulina studies by the Belarus Hospital of Radiation Medicine can be found in BSSR Mission to the UN. "The Chernobyl Tragedy and the Children of Byelorussia" National Paper, World Summit for Children, Sept. 1990. and Correspondence from the Children of Chernobyl Committee, Minsk. 5/15/90.

A 1993 report confirms the 1990-91 research with spirulina on children with radiation sickness and concluded:

Use of spirulina decreases radioaction dose load received from food contaminated with radionuclides, Cesium-137 and Strontium-90. Spirulina is favorable for normalizing the adaptative potential of children's bodies in conditions of long-lived low dose radiation.

As a result of this and other successes in treating radiation poisoning, in 1994 a Russian patent was awarded for spirulina as a medicine to reduce allergic reactions from radiation sickness.

There is also a report that children, aged 3 to 7 years old in Beryozovka (near Grodno on the Polish border), also suffered from the radioactivity released from the Chernobyl accident. The children were also victims of lead poisoning due to the presence of a strong local leaded glass industry. When spirulina was given to 49 of these children for 45 days, the physicians also found T-cell suppressors and beneficial hormones rose. In 83% of the children, the radioactivity of the urine once again decreased.

To date, we don’t really know why or how protection from radiation is exactly achieved by consuming spirulina. We just know it works. It has a high content of beta carotene that reduces free radical damage to cells and has even been used for treating cancer.

Spirulina is also extremely rich in highly bioavailable iron, which helps people recover from anemia. A significant portion of radiation sickness concerns the development of anemia, so eating anything that can help build the blood after radiation exposure would be helpful to the body.

Because it is extremely digestible, the super green algae spirulina also allows victims of malnutrition and malabsorption to absorb food more effectively and stems off those conditions. That’s an important concern in radiation sickness as well, and a reason this should become part of the standard diet. It’s chock full of nutrients and easy to digest and absorb when the body’s abilities in these areas are their weakest.

Spirulina has also been shown to reduce kidney poisoning in rats from heavy metal poisoning and pharmaceutical drugs (“The effect of spirulina on nephrotoxicity in rats,” Yamane Y, et al. Chiba Univ. Presented at Annual Symposium of the Pharmaceutical Society of Japan, April 15, 1988), and perhaps this heavy metal protective effect has a tie-in with binding and eliminating radionuclides.

The kidneys are usually some of the first organs to suffer damage in radiation toxicity, and research suggests when spirulina is taken with anti-cancer, antibiotic and painkilling drugs, toxic side effects to the kidneys can be significantly reduced and shorter recovery times may be possible.

Spirulina and other algae also contain high amounts of metallo-thionine compounds, which scientists think may strip the body of radioactive metals and protect against radiation damage. That may be the major beneficial process we’ve been looking for in order to put a name on it.

Research from China in 1989 also showed that an extract of spirulina had a positive protective effect from gamma radiation, too (“Radioprotective effect of extract from spirulina in mouse bone marrow cells studied by using the micronucleus test,” Qishen P, Kolman et al. Toxicology Letters 1989; 48: 165-169).

So we now have definite cases here where -- beyond the shadow of a doubt -- seaweeds and spirulina algae were found to help detoxification in cases of radiation poisoning.

The reasons, of course, are complicated but involve the presence of rich sources of iodine, an overabundance of minerals and vitamins that promote healing and a healthy immune system, and the ability of compounds within these sea plants to bind heavy radioactive substances and eliminate them from the body.

Here, now, is the specific research we’ve been seeking regarding other related foods you should eat that specifically bind radioactive substances within, and which will thereby help someone who suffers with immediate radiation poisoning.

In 1968 a group of Canadian researchers at McGill University of Montreal, headed by Dr. Stanley Skoryna, studied the question as to whether seaweed could help rid the body of radioactive toxins (Skoryna S.C. et al, "Intestinal Absorption of Radioactive Strontium," Canadian Medical Association Journal 191: 285-88, 1964).

The key finding of this study was identifying that sea vegetables contained a polysaccharide substance -- called sodium alginate which is present in large quantities in brown algae such as Laminarae (kelp), Fucus (bladderwrack) and Ascophyllum (fertilizer seaweed) -- that selectively bound radioactive strontium and eliminated it from the body.

Sodium alginate (Alginic acid) is one of the important intercellular polysaccharides found in large brown algae like Kelp and Alaria, and was found to reduce the amount of strontium 90 absorbed through the intestinal wall. The study reported:

In laboratory experiments, sodium alginate prepared from kelp, kombu (Laminaria) and other brown seaweeds from off the Atlantic and Pacific coasts was introduced, along with strontium and calcium, into rats. The reduction of radio-active particles in bone uptake, measured in the femur, reached as high as 80% with little interference with calcium absorption.

So let’s get this straight …

Scientists at the Gastro-Intestinal Laboratory at McGill University in Montreal demonstrated that alginates derived from Laminaria could reduce by 50-80% the amount of radioactive strontium absorbed through the intestine.

We therefore have another winner … another thing you should eat to detox your body of radiation exposure.

Sodium alginate, from sea vegetable sources, is something you definitely should be eating after exposure to radiation. When we look again at Tatsuichiro Akizuki’s success in protecting his hospital staff and patients from radiation sickness, we now know part of the reasons why he was so successful.

In his book Fighting Radiation with Foods, Herbs and Vitamins (East-West Health Books, 1988), Steven Schecter, N.D. reports that the U.S. government has also performed research on the abilities of Kelp alginates to detoxify the body, and has produced findings similar to the Canadian research.

Back to Main Site

My Health is My ONLY True Asset In Life